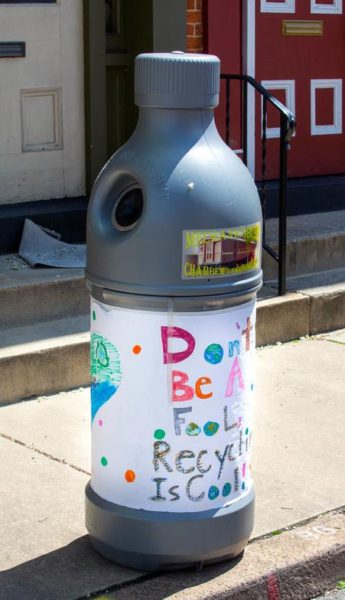 Earth Day is held each year on April 22, where more than one billion people around the globe participate in Earth Day activities. People of all nationalities and backgrounds will voice their appreciation for the planet and demand its protection. Together we will stand united for a sustainable future and call upon individuals, organizations, and governments to do their part.

Earth Day is a day to inspire awareness and appreciation for the Earth and its natural environments. The name Earth Day was developed in 1969 at a UNESCO conference in California. The first proclamation of Earth Day was by San Francisco (the City of Saint Francis, patron saint of ecology). Earth Day was coordinated nationally in 1970 and by 1990 held in 141 countries. Today, Earth Day is celebrated in 175 countries. In 2009, the United Nations declared Earth Day as “International Mother Earth Day.

“This is my favorite event in Mechanicsburg”

“Cool vibes, great eats, classic music and honoring the Earth – I couldn’t ask for anything more!”

“Just saw kid almost throw a soda can in the trash. He paused, and then started asking people where the recycle bins are. Proudest moment in our six years of running this festival. This is why we do it.”

MEDF is a product of love of the environment, dedication of volunteers, amazing exhibitors and the generous donations of sponsors